History of the land & people

It is believed that the Monpas of Tawang, Kalaktang and Dirang (West Kameng District) share a common tradition of having migrated from Tibet and Bhutan though there is no written record or any account to ascertain with conformity as to the exact period of their migration here. It is however certain that they did not migrate to their present habitat in a single wave rather most probably the migration must have taken place in waves over centuries.

The term Monpa means “one from Mon or from the Land of Mon”.  The term Mon in the local context refers to an area traditionally known as Monyul, a geographic zone encompassing the present day Tawang and West Kameng Districts in the state of Arunachal Pradesh.In the wider sense though,the term Mon refers to almost all the Himalayan region south of Tibet. The oldest record wherein we find mention of this land is the Tibetan epic of the legendary King Ling Gesar who is placed in the 4th Century and is said to have fought and defeated King Shingtri of Southern Mon. The land also finds mention in the biography of Khando Drowa Sangmodating back to the 7th Century A.D.  In the biography, there is a mention of a place called “ Tana Mandegang” from where a King named Kalawangpo ruled.  The location of that place is said to be the same as to the location of the famous Tawang Monastery.

It is said that during the reign of King Tri Ralpachen (reign during 815-838 AD), Lang Dharma, the apostate brother of the King and some of the ministers who were opposed to Buddhism conspired to assassinate the King. However the assassination plan was dropped on realizing that the king’s other brother Lhase Tsangma, had a better chance of being enthroned in the event of the death of the King. Instead a plan was hatched to remove Lhase Tsangma from the scene.  In this pursuit, they took the help of royal god men and soothsayers by giving them heavy bribes for poisoning the mind of the king. They falsely predicted that misfortune would befall on the royal family and the country as a whole and to avert the imminent misfortune,Lhase Tsangma need to be sent out of the country for a while.  The king believed in the prediction and ordered Lhase Tsangma to leave the country, for the time being, for Monyul in the interest of the kingdom.  He was also instructed by the king to take stock of the welfare of the people of Monyul during his stay there.  This way, Lhase Tsangma and his retinue came to Monyul as refugees in 836 A.D.  According to local legend, six other such groups came to Monyul in the same fashion.  The first group, it is said, settled at Bomba; the second at Khrimo; the third at Lhou;the  fourth at Thrillam; the fifth at Dodhong Bumpa and finally the sixth at Ngashang Pang-gyen.

Michael Aris in his book, Hidden Treasures and Secret Lives writes – “….there is a passage in Pemalingpa’s autobiography which describes the marriage of his youngest brother Ugyen Zangpo from whom the sixth Dalai Lama descended. In the first month of the year of the Earth Bird (1483) Pemalingpa made a journey eastward from Bhumthang to accept an invitation from Ugyen Zangpo, who had settled at a temple approximately called Ugyenling located at the centre of the Monyul region”.  It evinces that people also migrated from Bhutan to Monyul.

Coming to more recent times, two treaties were signed between the East India Company and Tawang on 1844 & 1853. The Shimla conference of 1913-14 was the most important event in Tawang’s contemporary history.In the conference, the representatives of Great Britain, China and Tibet sat together to resolve the Border issue between Tibet, China and British India. Whilst all three representatives initialed the agreement, Beijing later objected to the proposed boundary between the regions of outer Tibet and inner Tibet, and did not ratify it. The Foreign Secretary of the British Indian government, Sir Henry McMahon, who had drawn up the proposal, decided to bypass the Chinese and settle the border bilaterally by negotiating directly with Tibet and thus the McMahon Line came into being. 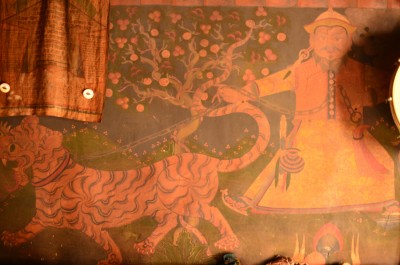 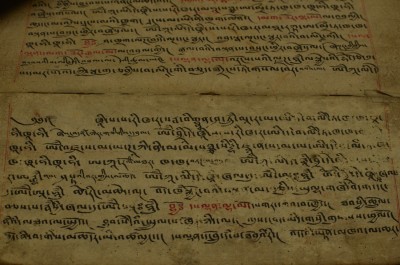 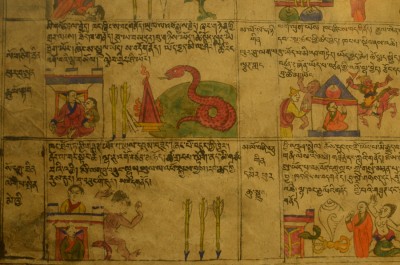 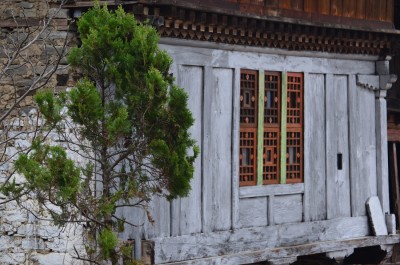 Side view of a Traditional Monpa House

Advent of Buddhism in the Region – Read more >>