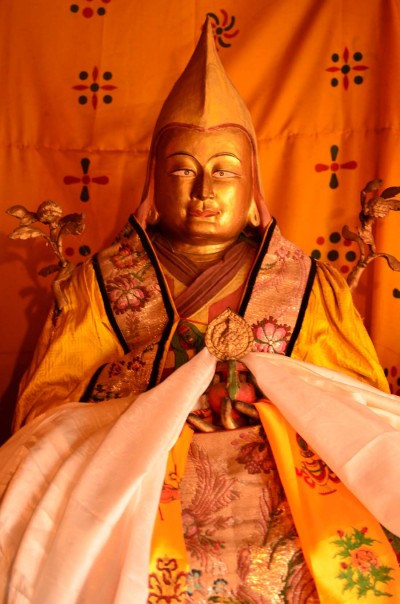 His Holiness the Sixth Dalai Lama

Not long after the passing of the Great Fifth Dalai Lama, a Nyingmapa family living in Urgelling village in Monyul conceived a child. The father, Lama Tashi Tenzin, was a descendent of the younger brother of Pema Lingpa, one of the great Nyingmapa Lamas of the late fifteenth and sixteenth centuries and also one of the greatest treasure text revealers in Tibetan history.His mother was Tsewang Lhamo, daughter of Karma Dorjee of Bekhar village.His Holiness the Sixth Dalai Lama Tsangyang Gyatso was born on the first day of the third month in the year of the Water Pig (1683 AD)

There are many marvels which are said to have accompanied the birth of the Sixth Dalai Lama.  It is said that when Tsangyang Gyatso was in his mother’s womb, she dreamed that she went to fetch water from the spring nearby.  In it, she saw a big bubble in which there was a five pointed golden vajra shining very brightly which fell upright into the palm of her hand when she had stretched her arms forward.  In another, she dreamed of holding the sun and moon in her hands; receiving teachings from many great lamas and saw herself seated on a high throne.  She also experienced few other miracles at the time of her pregnancy.  It is said that one morning when she had gone out to fetch water from the usual water-point, milk flowed down from the conduit, instead of water.  The spot is today known as ‘Woma Tsikang’– the milk water point.  It is also said that one day during her pregnancy,when she was husking paddy, she had a vision of twenty-one Taras in the stone mortar.  This stone mortar can be seen even today by the side of the stairs leading to the first floor of the temple.  It is said that at the time of his birth, there was an earthquake of mild intensity three times followed by thunder from the sky.  A rainbow was seen over the Urgelling Gompa again and again.  It is also said that the child did not drink his mother’s milk for three days after the birth.  His grandfather dreamed that the child was constantly being protected by heavenly beings. 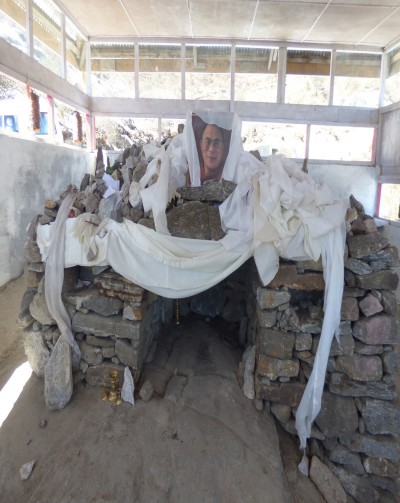 Inside view of Lamai Shabje

There are also many sacred places in Monyul associated with Tsangyang Gyatso, H.H. the Sixth Dalai Lama.  About half a kilometre east of Urgelling Gompa, there is a spot known as “Lamae Shungthri’ (Lama’s throne).  The legend has it that Tsangyang Gyatso, as a child, used to sit on top of this throne-like rock pretending as if he was preaching dharma to his followers.  It is said that the young Tsangyang was once playing with his playmates at a place near Lamae Shugthri,while playing, his sister grabbed him by the ribbon around his neck that had been blessed by the Panchen Lama and dragged him over a rock.  As he was naked at that time, the impression of his body miraculously got imprinted on the rock.  The rock with the impression of his body can be seen even today and is known as ‘Hroze-nyas’.  A few yards below it is a spot known as ‘Senge Gorpo’(Stone-Lion) having a lion-shaped rock, which is said to have actually moved to and fro when once the young Tsangyang was riding on it.

Another legend has it that when the search party for the new incarnation of the Dalai Lama arrived at Urgelling, the young Tsangyang was playing with his playmates at Hroze-neng, When he heard his mother shouting at a high pitch from the compound of Urgelling temple for his immediate return, he exclaimed, “Lama Khyenno! (Oh My God! Or Oh Lord!), because he had an intuition that the search party from Tibet has come to take him to Tibet.  Simultaneously he inscribed these words on a rock with his bare index finger which miraculously got inscribed on it.  Hence forth, the site came to be known as Lama Khyenno, and the site can be seen even today.  Another site associated with him is the Lamae Shabje(Lama’s footprint) .

It is said that when Tsangyang Gyatso and his parents were being moved to a safer place called Sha’uk by the two monks who had been sent by the regent to conduct the secret search for the new incarnation, the boy, on reaching at the pass called Churned, below the Panggateng Lake had said, “Dismount me from the horse here.  I want to have a last look at my country and home”.  It is said that he took rest there for a while, sipping a cup of milk.  When the time came to move forward, gazing towards Tawang, he put his right foot on a slab of rock leaving the impression of his foot miraculously on it.

Tsangyang Gyatso led an unconventional and colorful life.  He was an erudite scholar, who composed wonderful poems and melodious songs, practiced archery, was a lover of wine and had a penchant for the company of women.  He was revered and venerated by the people for his beautiful compositions and his simple lifestyle.  He did not conform to the standards of his time 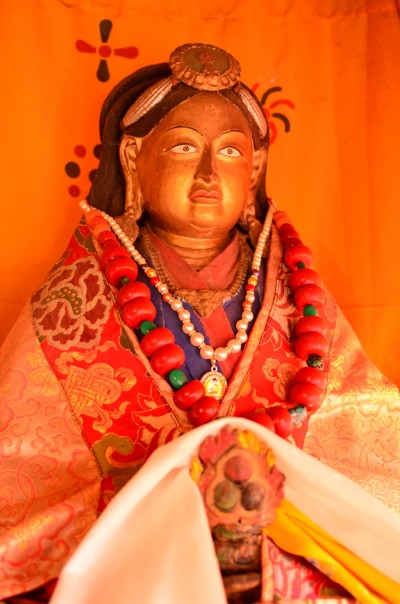 and rejected the regalia that were associated with the position of the Dalai Lama.  He preferred to wear clothes of the laity and chose to walk rather than ride a horse or use of the comforts of the state palanquin.  He freely mixed with the commoners, lived in a tent in a park near the Potala and gave his numerous discourses there and at other public places.  He was the only Dalai Lama ever who chose to give up his monastic vows.  His unique lifestyle endeared him as much to the masses as it antagonized the establishment.  It is said that his way of living evoked the wrath of the Mongol camp, which was determined to bring him down.

The death of the Sixth Dalai Lama is shrouded in a veil of mystery.  One version mentions that Lajang Khan, the king of the Kusot Mongols and an ally of the Chinese emperor treacherously killed the Regent, Sangye Gyatso.  The murder of his Regent upset the Young Dalai Lama so much that he left his studies and renounced his vows before Lobsang Yeshi, the Fifth Panchen Lama.  It is said that thereafter Lajang Khan kidnapped the Sixth Dalai Lama, who was later on killed while on his way to China at Gongganor, south of Kokonor on 14th November, 1706 (Though, his followers who revered and worshipped him, believed that he escaped and secretly resided for some year somewhere in Mongolia).While being taken away by the Mongol soldiers, a desolate Tsangyang Gyatso wrote the following lines to his lady friend in Shol in 1706.

Lend me your wings

I will not fly for

From Lithang, I shall return’

Initially the hidden meaning of this poem was not clear to the masses and nor did anyone even suspect that the young Dalai Lama had decided to terminate his earthly manifestation.  But when the tragic and shocking news of his ‘disappearance’ or more probably ‘murder’, spread amongst his grief-stricken and bewildered followers, the underlined meaning of these words became clear.It is believed that when he was being taken away to Tibet, he planted his walking stick in the premises of the Urgyelling Monastery and had prophesied that he would once again visit Tawang when all the three trunks that would grow of the walking stick would be of the same height as his abode.  By 1959, the trunks had no doubt grown to the same height, but much to the dismay and anxiety of the local people, one of the trunks broke due to strong wind. However, soon after, they saw the Dalai Lama indeed coming to Tawang once again, this time as the Fourteenth Dalai Lama, on his way to India in exile. 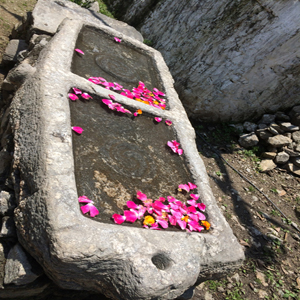 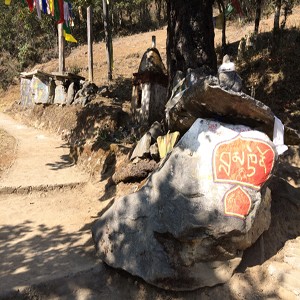 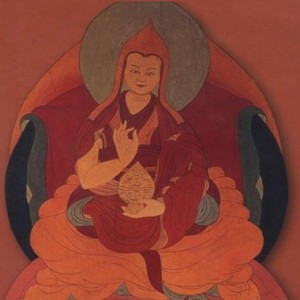