Overlooking the imposing Tawang-Chu valley, the Tawang War Memorial has been constructed to pay homage to the 2420 brave soldiers of the country who sacrificed their lives in the 1962 Sino-Indian War.  In the 31 days of war, the soldiers of the Indian Army fought gallantry against the Chinese in cotton uniforms at sub-zero temperatures with woefully inadequate logistics back up.

The War Memorial, in sheer grandeur and enormity, stands 40 feet high and has a Stupa design (Namgyal Chorten) specifically and purposefully chosen, to respect the local religious sentiments and be in harmony with architectural concepts of the people.  In the parikrama of the memorial, 32 black granite plaques with 2420 names of the martyrs etched in golden color have been installed.  It also houses the bust of late of Subedar Joginder Singh, PVC.  A golden painted statue of Lord Buddha has been placed in the dome of the memorial.  The eight lucky symbols of Buddhism have been embossed on the walls of the Memorial, which signify the importance of following the path of truth and noble deeds, knowledge and compassion, as also victory of dharma over evil.The memorial was dedicated to the Nation on 2nd November, 1999.

At a distance of about 2 km from the town centre is the District Industrial Estate. A craft centre is established there with the purpose of promoting the manufacture of local handicrafts. Within its premises is an Emporium where Thankas, Carpets, masks, wooden bowls, carved wooden tables known as chok-tse and many other items are available for sale. Tourists may take back home souvenirs; show pieces and even items of daily use as a remembrance of their visit to Tawang.

Tangton Gyalpo, a disciple of 1st Dalai Lama, popularly known as Lama Chag-ZamWangpo (1385-1464) was an architect, philosopher and iron chain bridge builder. He is credited to have built more than 100 iron bridges all over Himalayan region. During 1420-1430 he built the bridge over Tawang-churiver to make a passage through Kitpi and Mukto. The bridge that exemplifies the finest metallurgy is about 25 Kms away from the town.

The Jaswant Garh War Memorial located below Sela Pass and above the Jang Township, is a testament to the bravery of the Indian Soldier despite impossible odds.  A traveller’s road journey to Tawang is incomplete without paying obeisance to Rifleman Jaswant Singh Rawat, MahaVir Chakra of  the 4 Garhwal Rifles, who laid down his life resisting the Chinese Army’s march for about 72 hours along with two other soldiers during the 1962 war.

A marble plaque commemorates 161 brave soldiers who sacrificed their life in the battle of Nuranang stands tall in testimony to the bravery of Indian soldiers.

Locate in the heart of the town, near govt Circuit house Tawang.  One can have their time out for meditation and offer prayers at this serene park. This park also offers paranomic view of the whole town. Great place for photography.

Located in Famla village, the Dorjee Khnadu Memorial Museum is built in honour of Late Dorjee Khandu Chief Minister Of Arunachal Pradesh as a tribute to him by his family and well-wishers.

The memorial has been blessed by his Holiness The Dalai Lama. The blessed place not only has the museum but also a stupa called as Jangchup Choeten. 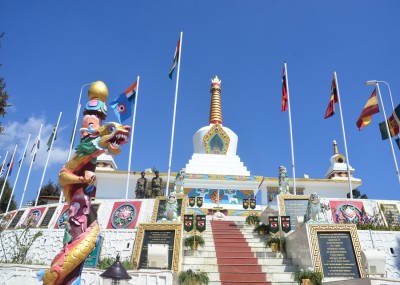 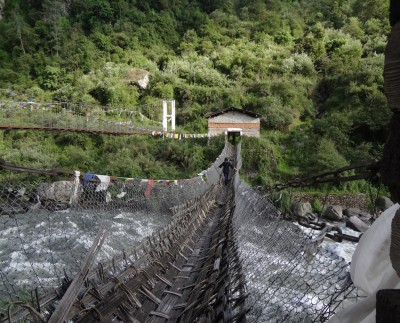 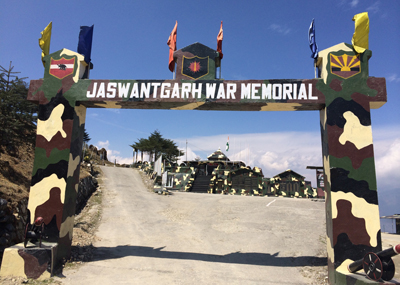 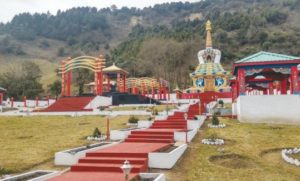