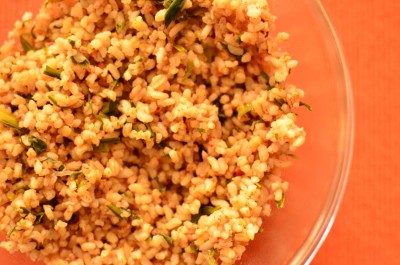 Millet is the staple food of the Monpas. They also eat barley, rice, wheat, buckwheat and various pulses. Their Vegetable consumption is based on local availability, but by and large they consume potatoes,cabbages,spinach,radish,lettuce,gourd,pumpkin,layi patta(local spinach),maan,dried local mushrooms,chilies etc.

The Monpas are quite fond of spicy food.Therefore there is a lot of use of the chillies in their preparations. One of the very popular side dish, which every typical household prepares with food, is called chamin,it is a chutney which is made by grinding chilies with fermented cheese.Fermented cheese is a key ingredient in almost all of their traditional preparations and is found in almost all households.They also use fermented beans called greh-churba as a flavoring agent.

The Monpas are non-vegetarians.They eat beef, pork, yak, mutton, chicken and fish.Beef and yak meat is cut into strips and dried during winter months to be consumed later.Some of the popular Monpa preparations are described below:

It is the staple food of the Monpas. It is prepared with millet or other flavored flour added to boiling water. It is consumed with vegetables, meat or chamin along with the addition of fermented cheese or soya beans as condiment.

It is a Monpa pancake made of buckwheat flour. It is taken along with tea or vegetable curry.

It is a Monpa version of the pulao. It is prepared by mixing rice, fermented cheese, small dried fish, chilly, ginger,butter etc.

It is also one of the most popular and common dish consumed by the people of Tawang. It is basically a noodle soup mixed with minced meat, chillies etc. Another kind of Thukpa is Dheb-thukpa in which they use rice. Thukpa made of maize, meat and beans is called Ashum Thukpa.

The Monpa version of noodles is puta. These are noodles made from buckwheat flour. The Puta is usually eaten with a stew made of vegetables, fermented cheese and chillies.

It is basically sweet rice, usually served during ceremonial occasions. Cooked rice is transferred to a basin on which melted butter is poured. It is then seasoned with raisins and sugar. 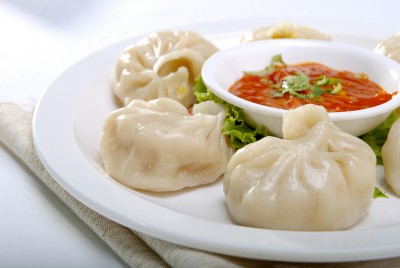 Momos are very popular with most Indians & the Monpas also prepare them on a regular basis.It is often served with soup and hot chamin.

It’s methodology of preparation is almost the same as of Zan except that only buckwheat flour is used in its preparation and the fact that the resultant paste is much thinner. It is best eaten with thin chamin.

It is cooked rice mixed with finely chopped maan– a local vegetable (a kind of spring onion leaves),chamin and salt. 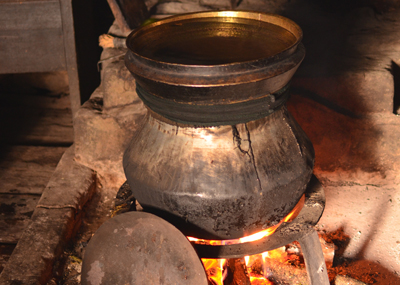 Unlike most of the other tribes of Arunachal, the Monpas are quite fond of milk and products.‘Sueja’ or butter tea is the chief beverage of the Monpa people.

The Monpa are also quite fond of alcoholic beverages, which are prepared by them at their houses. Chang is the common word used by the Monpa for alcohol.It is used for all social occasions like birth, death,housewarming or festivals.The key ingredients used for making chang are rice,maize, barley and millets.The Monpa brew the following kinds of chang:

Baang-chang: It is mostly prepared from rice.However, it can also be made by combining millets and barley.

Shin-chang: It is only prepared during Losar-the Monpa New Year festival. It is a sweet beer like concoction prepared by mixing together Millet, buckwheat and barley.

Aarak it is made by the distillation of maize,millet, rice or barley.It is quite strong and is usually served hot in a small cup.